What if you could experience more joy on stage?

...and help your students do the same?

It all started with a recital...

When we look backwards at our lives, it’s interesting to see how the tiny, trivial moments end up being a meaningful nudge in an important direction.
One example from my own life, was attending a friend’s recital during my sophomore year of college.
It all started out like pretty much any other recital. I mean, I could tell my friend was nervous, but I assumed that this would pass as she settled into the performance.
Except that it didn’t. She had a little memory slip…which seemed harmless enough at first. But you could tell that this made the nerves get a little worse. Which led to another memory slip, and then another, and another. At which point she began rushing, playing faster and faster, and reaching a tempo that I could tell was unsustainable. Which only led to more mistakes and missed notes.
I’d had days like this myself, of course. So I could totally relate to what she was feeling in that moment.
I remember sitting there feeling awful for my poor friend, and powerless to help. I even started thinking about what I had learned in the Psych 100 class I was taking that semester. But none of it seemed directly relevant to what my friend was experiencing.
It would be another few years before I’d go to Juilliard for my graduate studies, and meet sport psychologist Don Greene. Where I’d learn about the field of sport psychology, and all the research on how elite athletes are able to perform optimally even under tremendous pressure.
Rediscovering the fun of performing
Learning about the mental side of performing was transformative for me. I began practicing and preparing differently for performances. More importantly, I began having more of those really good days on stage. And it was empowering to know that this wasn’t a lucky streak of random good days, but the direct result of the new mental skills I was developing. That it was something I had control over.
It was also cool to see how developing my mental game enhanced everything I was learning in my lessons too. I was able to more fully demonstrate on stage, the musical insights that my teachers were sharing with me in lessons. And I wasn’t only playing more accurately, but also feeling free to be more musically expressive as well.
Hi, I’m Noa Kageyama. I’m a performance psychologist. And I’m on the faculty at The Juilliard School, where I specialize in teaching musicians how to play their best under pressure.
Of course, when I was growing up, performance psychology was not yet a thing. Or more accurately, very few outside of a small community of researchers, coaches, and elite athletes were aware of its existence.
That has changed in the last couple decades of course. And a growing number of educators have begun exploring the mental aspect of performance with their students. Yes, there are times when a student probably ought to be referred to a licensed performance psychologist, but research in sports suggests that with a bit of training, coaches can help their athletes achieve many of the same positive outcomes as sport psychologists. Like managing nerves more effectively and performing more optimally under pressure.
I think this is awesome. And I suspect that this would be just as true in music as well as in sport. After all, you develop such a close working relationship with your students over the course of weeks, months, and years, that you’re uniquely positioned to integrate mental skills into their development as musicians – and people – in a really organic and natural way.
So if you have students who struggle with nerves or inconsistency, I’d love to share with you some of the techniques and strategies that I’ve found to be the most useful for musicians over the years.

Performance Psychology Essentials for Educators is a live, online, 4-session workshop. A workshop where you’ll learn how to develop – and teach – the key mental skills that enable musicians to rise to the occasion and play their best when it counts.
It won’t be just a bunch of abstract theory. We’ll cover a specific set of specific, concrete, mental skills and practice strategies. Things that will not only help your students develop their skills to the highest level, but help them show those skills as well. Especially when the nerves kick in.
You’ll spend the first three sessions learning skills that will enable you to become more “pressure-proof” yourself. And then we’ll spend the final week making sure you not only feel comfortable using these skills in your own playing, but teaching these skills too.
Enroll Now

Here's what we'll work on 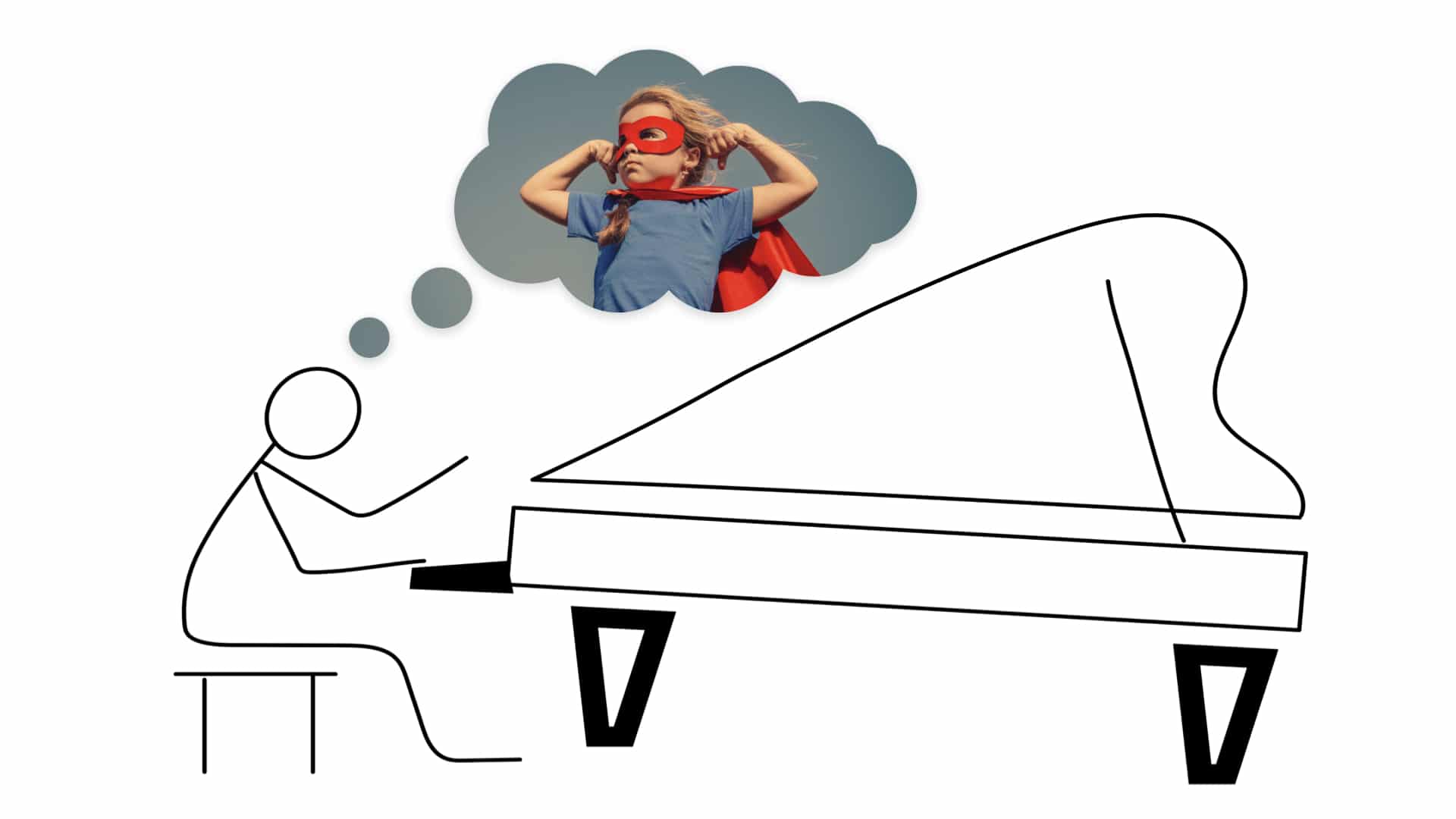 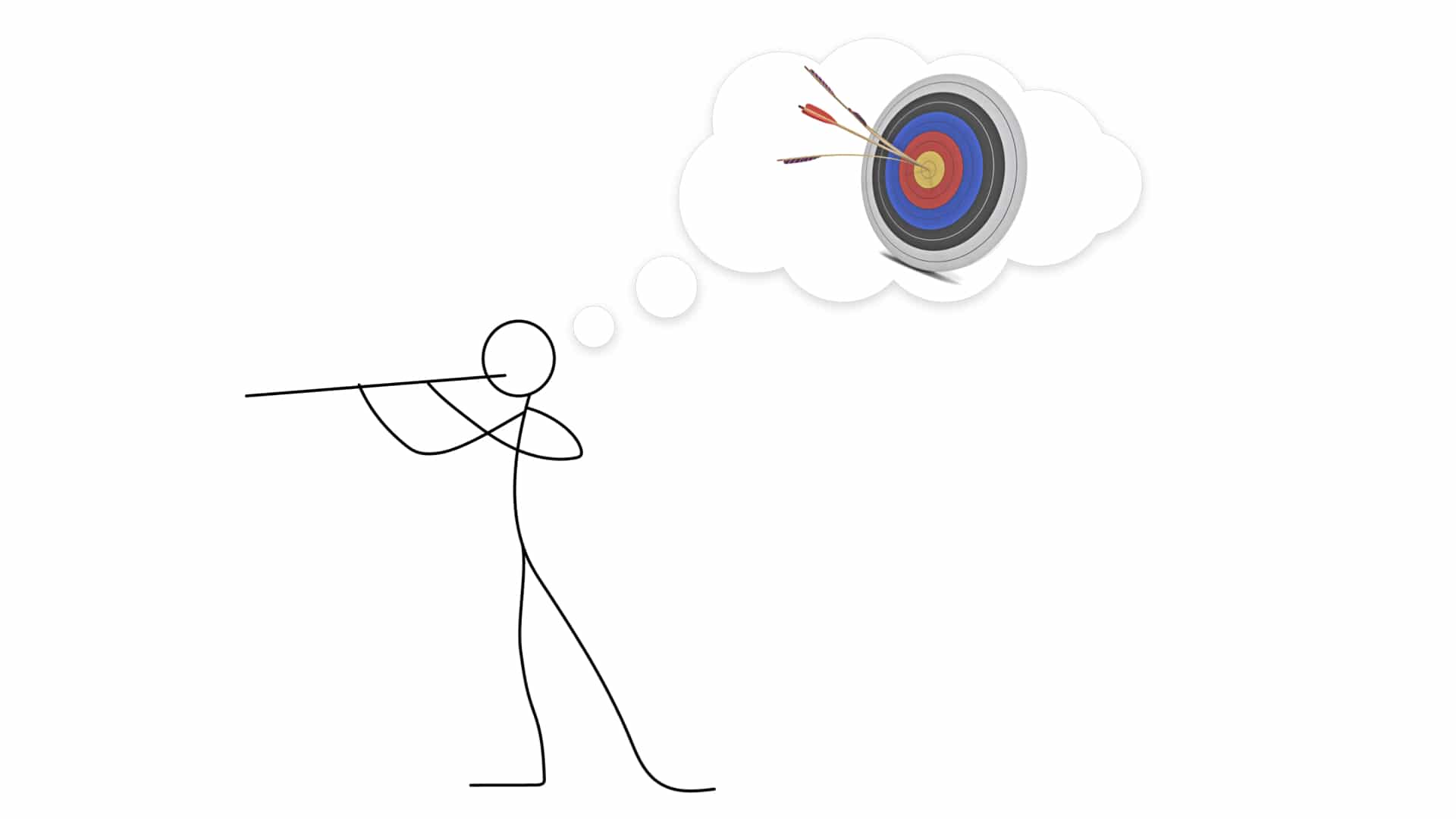 Getting Into "The Zone" 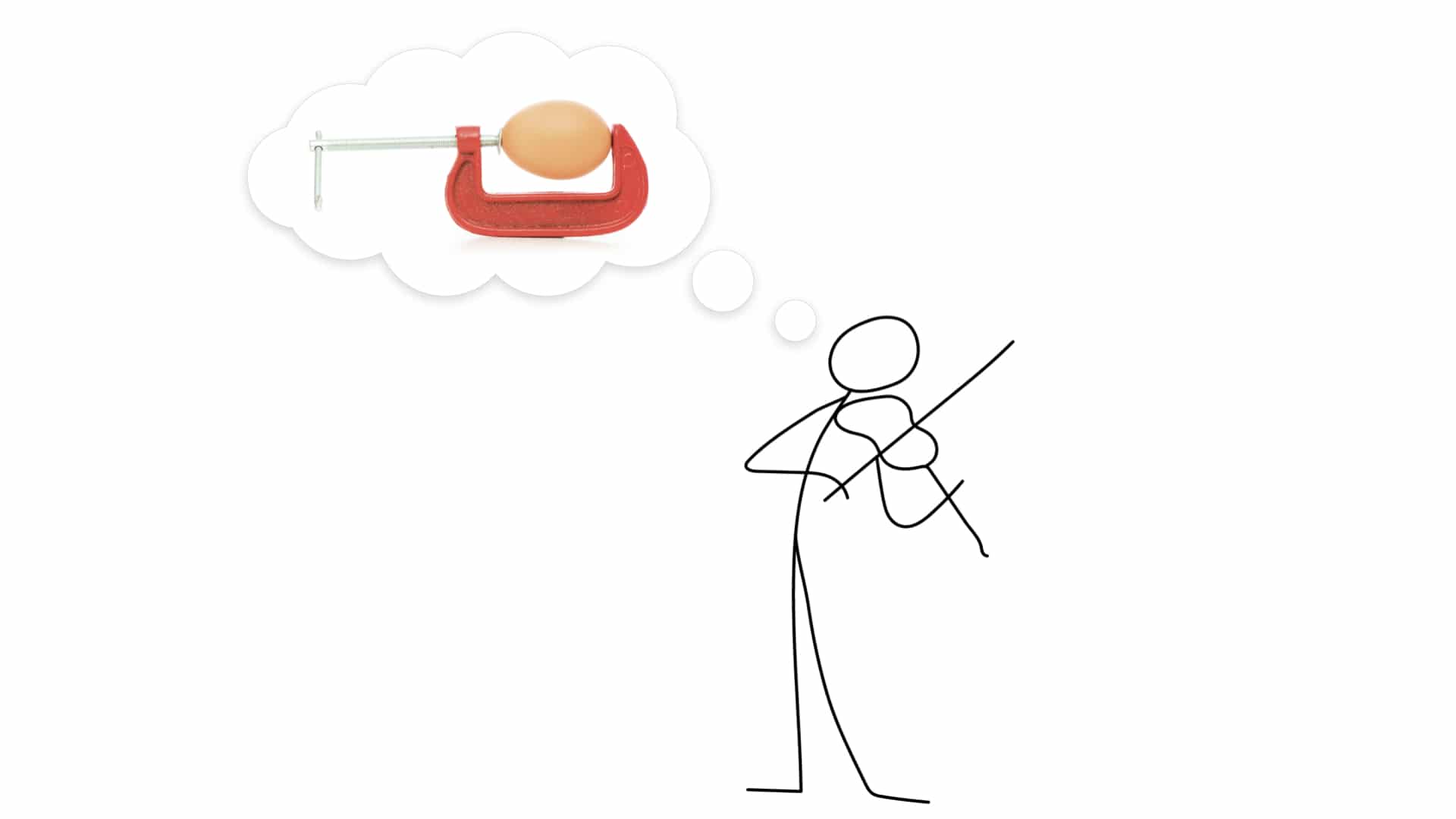 See one, do one, teach one

We’ll spend the first three sessions learning and trying out the essential skills and strategies described above. Specifically, Oct. 9, 16, and 23 from 1pm-3pm Eastern/5-7pm GMT.
I’ll show you how I introduce and teach these skills to my students, and we’ll practice the skills live, together, as a group.
You’ll experiment with them a bit on your own, and then teach a few skills to 2 or 3 of your students.
And to make sure you feel comfortable with your new skills, we’ll reconvene as a group one last time on Friday, October 30, from 1pm-3:00pm Eastern (5-7:00pm GMT) to share what went well, discuss went less well, and get feedback on what adjustments to make, if you encountered any speed bumps along the way.
And if you can’t make those times, not to worry – the sessions will also be recorded.

The collective wisdom of a community of educators

And while I’d love it if everyone could be there for these sessions live, I know that’s not realistic, so you’ll have access to the recording of our large group idea-sharing session too.

Plus, you’ll have access to a private, Facebook-style social network (minus the algorithm, privacy concerns, ads, corporate overlords, etc.), where you’ll be able to engage with all of the other participants during the week, share updates, ask questions, and get feedback from myself and your colleagues. It’ll look something like this: 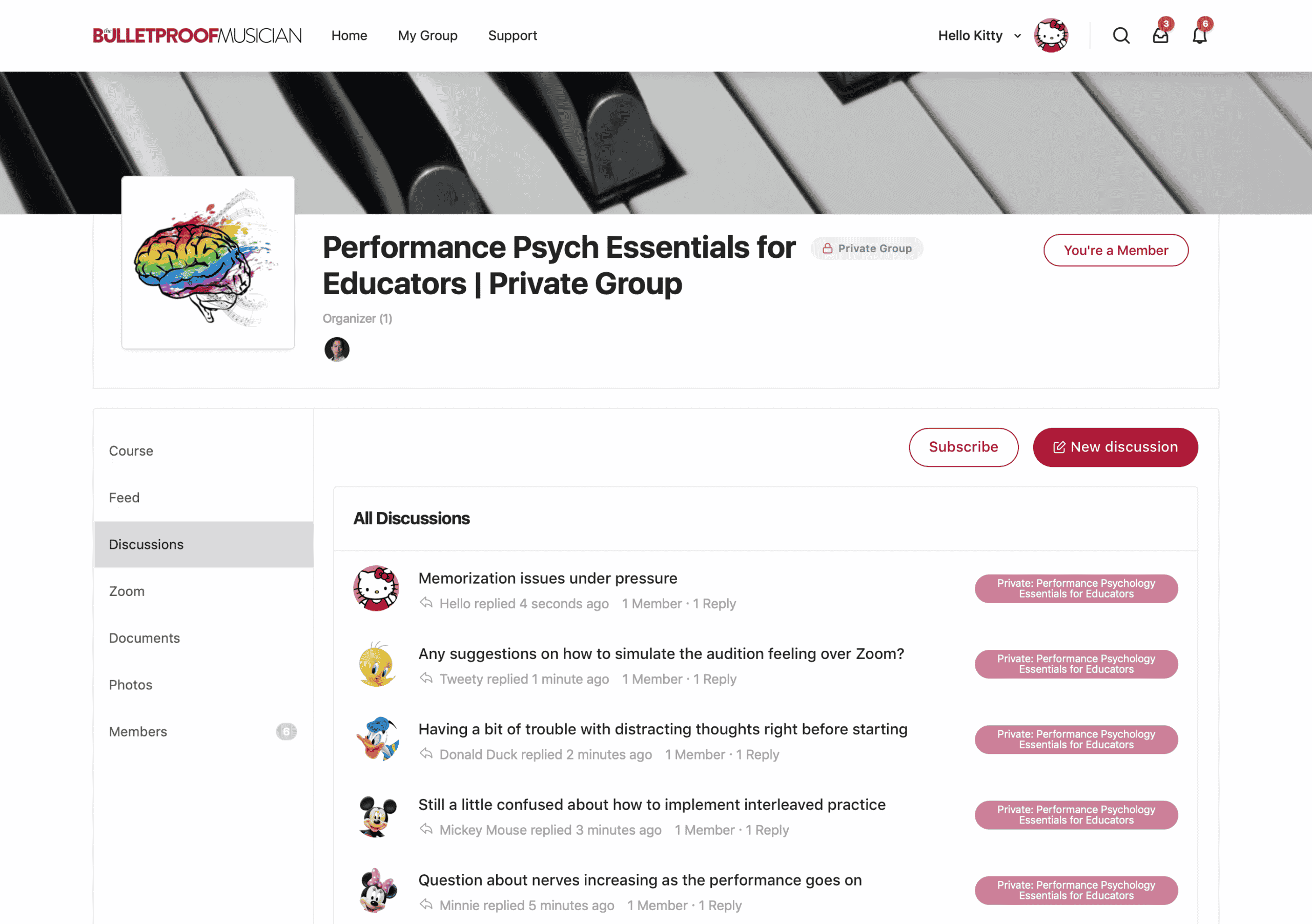 What teachers are saying...

What sorts of changes have educators seen in their students? Here are a couple updates from the last workshop series.

If you have any questions, just send me an email!

Oh, and whatever happened to that pianist whose recital nudged me onto this path? Well, she went on to solve the nerves issue and become a terrific pianist. And we ended up getting married too, so I guess it’s a good thing I went to that recital. =)

I live in Australia, and 3am is going to be tough. What do you suggest?

Indeed, my apologies for the Australia-unfriendly time. =)

For what it’s worth, I’ll get the session videos up as soon as I can, so that they’ll be ready for you when you wake up. You’ll be able to “play along” with the exercises we do, and I’ll ask you to submit your homework into the group along with everyone else.

And part of the reason for my creating the private social network for this training, is to ensure that we can all communicate and share ideas with each other asynchronously, regardless of whatever time zone we may be based in.

I'm already enrolled in your Beyond Practicing course. How much overlap is there between that course and this live training?

If you’re already enrolled in Beyond Practicing, email me and I can share more details.

I have another question!

No problem. Just email me, and I’ll do my best to answer them!